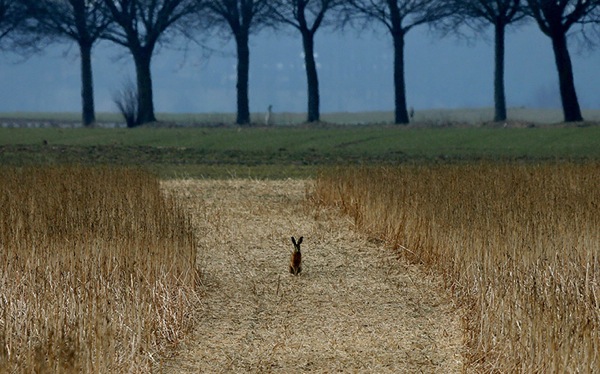 Let’s just call this guy the Easter bunny, shall we? Happy Egg Holiday/Jesus Coming Back From The Dead (Delete as applicable), everybody! 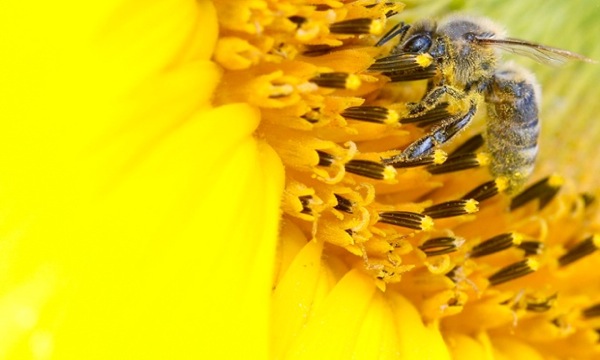 A bee collects nectar from a sunflower in a field near in Leibstadt, Switzerland. Pesticides have been found to make bees forget the scent for food. Read more on the bees’ plight. Photograph: Arnd Wiegmann/Reuters

Spring has sprung, the grass is ris, I wonders where the boidies is. The boid is on the wing, they say, but that’s absoid, the wing is on the boid.

That’s gotta hurt! James Hyslop, scientific specialist for Christie’s auction house, holds up an extremely rare and complete sub-fossilised elephant bird egg at in London. The egg which is over a hundred times larger than an average chicken egg is native to Madagascar. The poor bird that laid it was the largest bird ever to have lived. Resembling a heavily built ostrich it grew to over three meters in height. It’s thought to have been hunted to extinction in Madagascar between the 14th and 17th centuries. Photograph: Andy Rain/EPA

Why, yes, I do have “Egg Man” by the Beastie Boys going through my head right now. How did you know?

The following is an abandoned (because I didn’t really believe in it, and especially not where it was going) piece for Time. Yes, it stops mid-sentence; that’s how clear it was that this was getting away from me.

Listening to the new David Bowie album the other day, my thoughts wandered to another recent comeback of a legitimate Pop Culture Icon, Prince. For those who are unaware, Prince has formed a new band, recorded new songs and will be touring both later this year. Like Bowie, Prince is one of those artists whose earlier work defined generations and changed pop music as we knew it. And, like the new Bowie album, the new Prince material really doesn’t hold a candle to the old stuff. It got me thinking: Wouldn’t it be great if there was a mandatory retirement age for pop icons?

I should immediately clarify: I’m not suggesting that there is a set age at which musicians are forbidden from making music, or that the music industry comes up with some arbitrary number above which no musician gets to have any music released or promoted. Instead, I’m really addressing the way with which the music is received by the audience and, more importantly, the critics and media.

Consider the build-up the Bowie album was given, pre-release. The first two songs were released with little fanfare via Bowie’s VEVO account on YouTube, but the Internet quickly filled up whatever hyperbole void was left by the artist’s lack of promotion, declaring it the “perfect comeback” that put him “right back at the center of the whole shebang.”

The buzz quickly grew. “The Next Day,” the comeback album, would be his best in decades, with the presence of former collaborator Tony Visconti meaning it was a return to the sound and atmosphere of their famous 1970s work together, it was decided before anyone had heard it. When the album actually arrived, the response wasn’t exactly what everyone had been hoping for, with the result described as “an ordeal and a struggle of initial indifference,” if ultimately rewarding.

All of this is more positive than response to the new Prince material, which can best be described as… workmanlike, perhaps, or professional. Such polite terms are ways to get around saying “Kind of dull and sounding like a Prince tribute band,” which remains the worst-case scenario for any kind of musician, but especially one who was at one point as vibrant and compelling – if not exactly original, per se – as Prince.

I suspect the fault with both of these comebacks lies less with the musicians themselves than with the expectations surrounding them. It’s a failure of promotion as much as 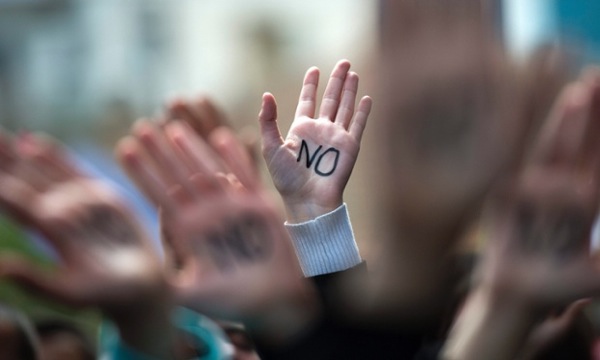 Students protest against the troika’s plans for the Cypriot economy after the government decided to keep the country’s banks closed until Thursday. Photograph: Georgios Kefalas/EPA

A Canon camera owned by Lindsay Crumbley Scallan from Georgia in the US which was found on a beach in Taiwan. Scallan lost her camera while on holiday in Hawaii in 2007, it was found last month, more than 6,000 miles (9,600 km) away. Photograph: Douglas Cheng/AFP/Getty Images

I love this story, and the way that the camera looks like a fossil. 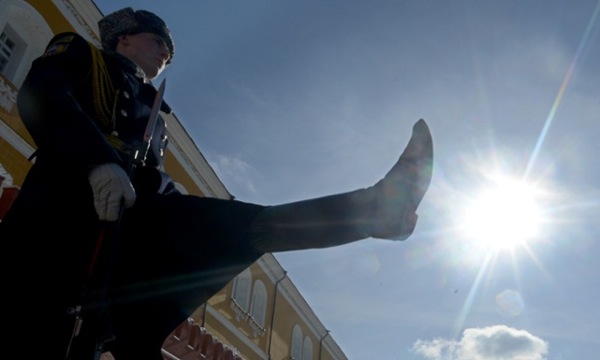 While a soldier of the Presidential Regiment takes part in the Changing of the Guard ceremony at the Tomb of the Unknown Soldier in Moscow. Photograph: Kirill Kudryavtsev/AFP/Getty Images

The professional peloton lead the rest of the 1000-plus riders in Stage 4 of the annual ABSA Cape Epic mountain bike race near Wellington, South Africa. Photograph: Kim Ludbrook/EPA 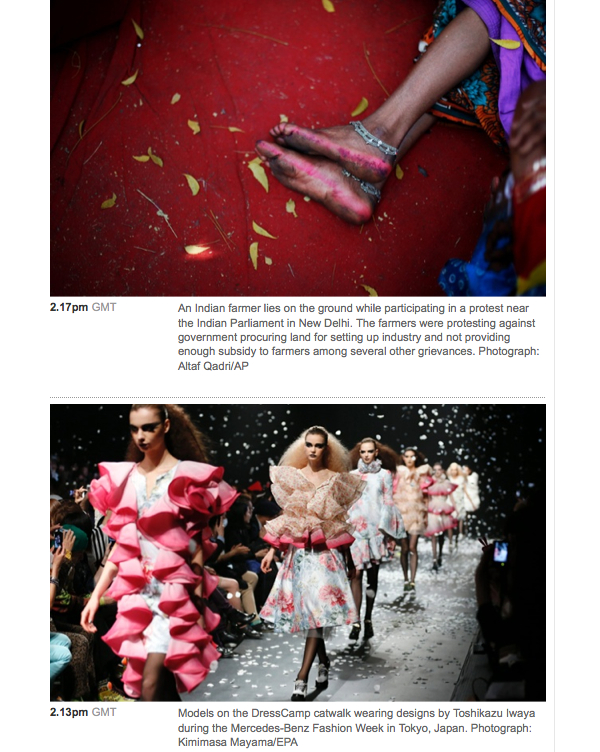 As usual, from the Guardian’s Photo Blog, but today it’s a juxtaposition of images that grabbed my attention. Doesn’t the confetti from the bottom picture look like it’s fallout from the one above? I have to wonder whether that was intentional or entirely accidental… 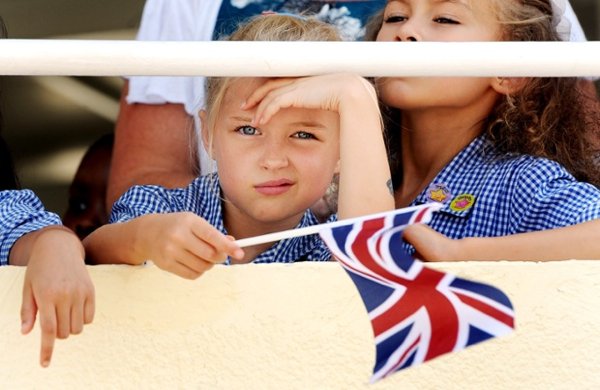 A young girl can scarcely conceal her excitement as she waits to welcome The Prince of Wales and the Duchess of Cornwall during their visit to the British School, on the outskirts of Muscat, on day three of the Royal Tour of Oman. Photograph: John Stillwell/PA

Yes, I know exactly how you feel, little kid.